What is a Burgage Plot?

Behind nearly every shop along the High Street is a narrow strip of land stretching back to Fairview Road (in the east) and Prospect Road (in the west).

Most of them have an assortment of old buildings and outhouses on them, some are extensions tacked on behind the main houses, whilst others, perhaps former barns and stables, are now converted to modern uses.

If you look at these buildings today from the “back lanes” they don’t appear to be of any architectural or historical importance – so why are they special?

These are ‘burgage plots’ and it is not so much the buildings as the shape of the strips and their arrangement in relation to the High Street and market place that is interesting. 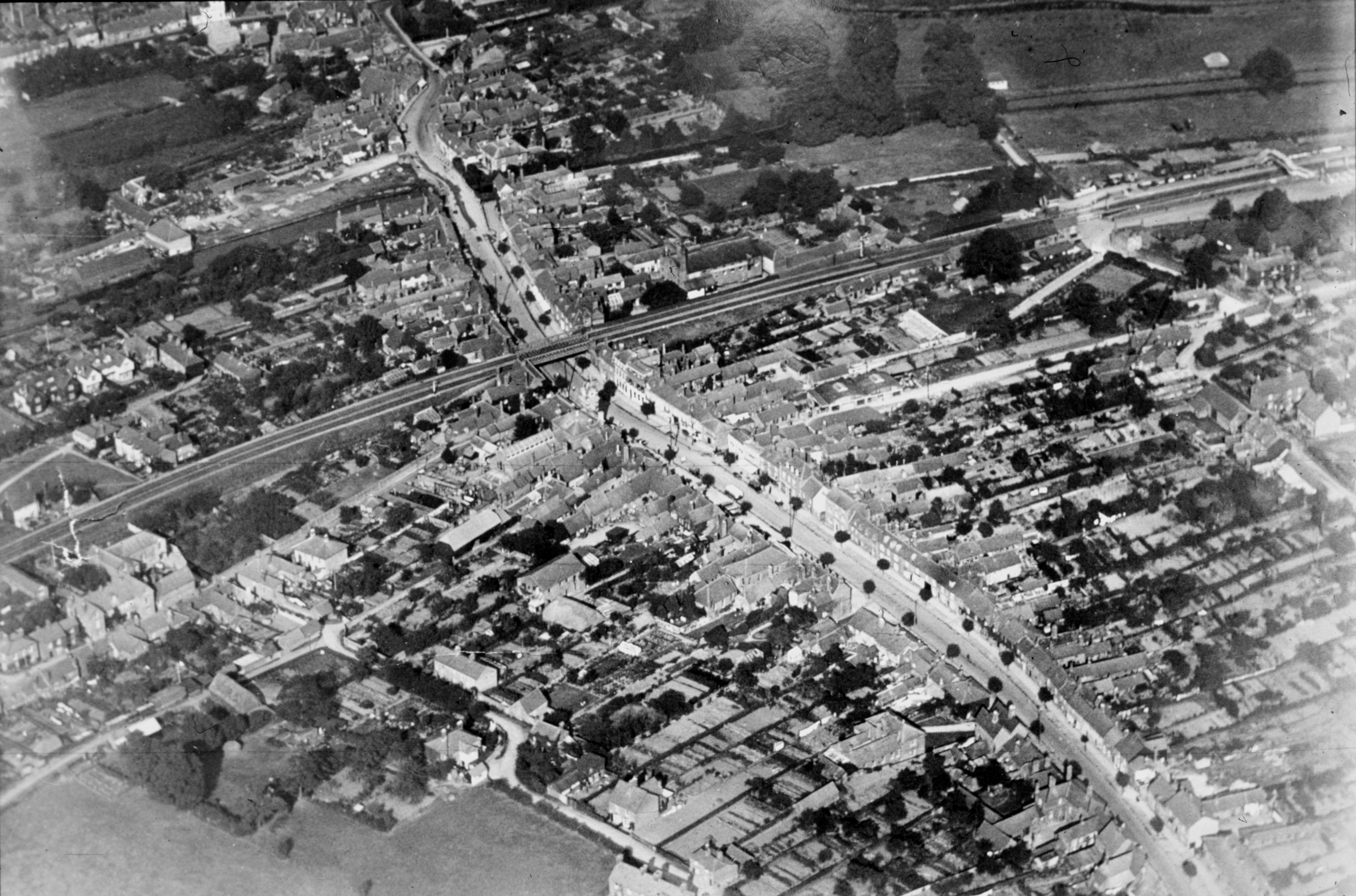 The new town of Hungerford, with its north-south High Street and back lanes, was probably laid out c1250, when Simon de Montfort was Lord of the Manor. Part of his motivation was to make the town more prosperous, so that he could get more revenue from market tolls.

Many towns were laid out during the 300 years from the Norman Conquest until the Black Death of 1350. Such towns are often called “planted towns”. Few were “planted” after 1350.

It was a remarkable piece of medieval town planning. There was a wide area in the centre of the town where the market would have been held (and still is to this day!). There would have been space for pens for livestock, as well as stalls for other produce. The whole space was surrounded by the houses of the wealthier inhabitants who were later called ‘burgesses’.

These houses, lining the High Street (and some in Church Street) were all part of the original plan. The building plots which they leased belonged to the lord, and like any modern developer he fitted in as many as possible up and down the street.

Although the present day shops and houses along the High Street may have been rebuilt many times since the town was first laid out, they still occupy the same narrow burgage plot dating back nearly 800 years. To make up for the restricted narrow frontages, each one had a long strip of land behind it, and a lane ran round the back of them (to the west and east) to give rear access. Originally these were known simply as ‘back lanes’ until they were given the posher names of Prospect Road and Fairview Road by the Victorians.

Each burgess was given a building plot or burgage plot, and additional land in one of the common fields.

Usually the tenants of the manor paid their rent in terms of agricultural labour but the burgesses paid in money. This meant they had time to pursue a craft or trade, and to create a centre of commercial activity, so increasing he wealth of the borough.

The burgage plots in the centre of the High Street were mostly about 11 yards wide (which was two rods or poles). The suggestion is that this was dictated by the maximum practical length of an oak house beam. Two beams could have spanned the frontage.

The depth of the plots from front to back is approximately 110 yards (20 rods or poles). The area contained within each burgage plot is therefore ¼ acre.

Many plots have since been subdivided, although the basic plan is still very apparent from exploration or aerial views.

It is clear from various records and maps that not all plots were taken up and occupied. The original plan was ambitious, with space along the 700 yard High Street for about 130 burgage plots (about 65 on both the east and west sides).

The Black Death of 1349-50, as well as later outbreaks of the plague may have delayed expansion of the town, but the prosperity of the town during the coaching period ensured that all the available plots were in use by the early Victorian period.